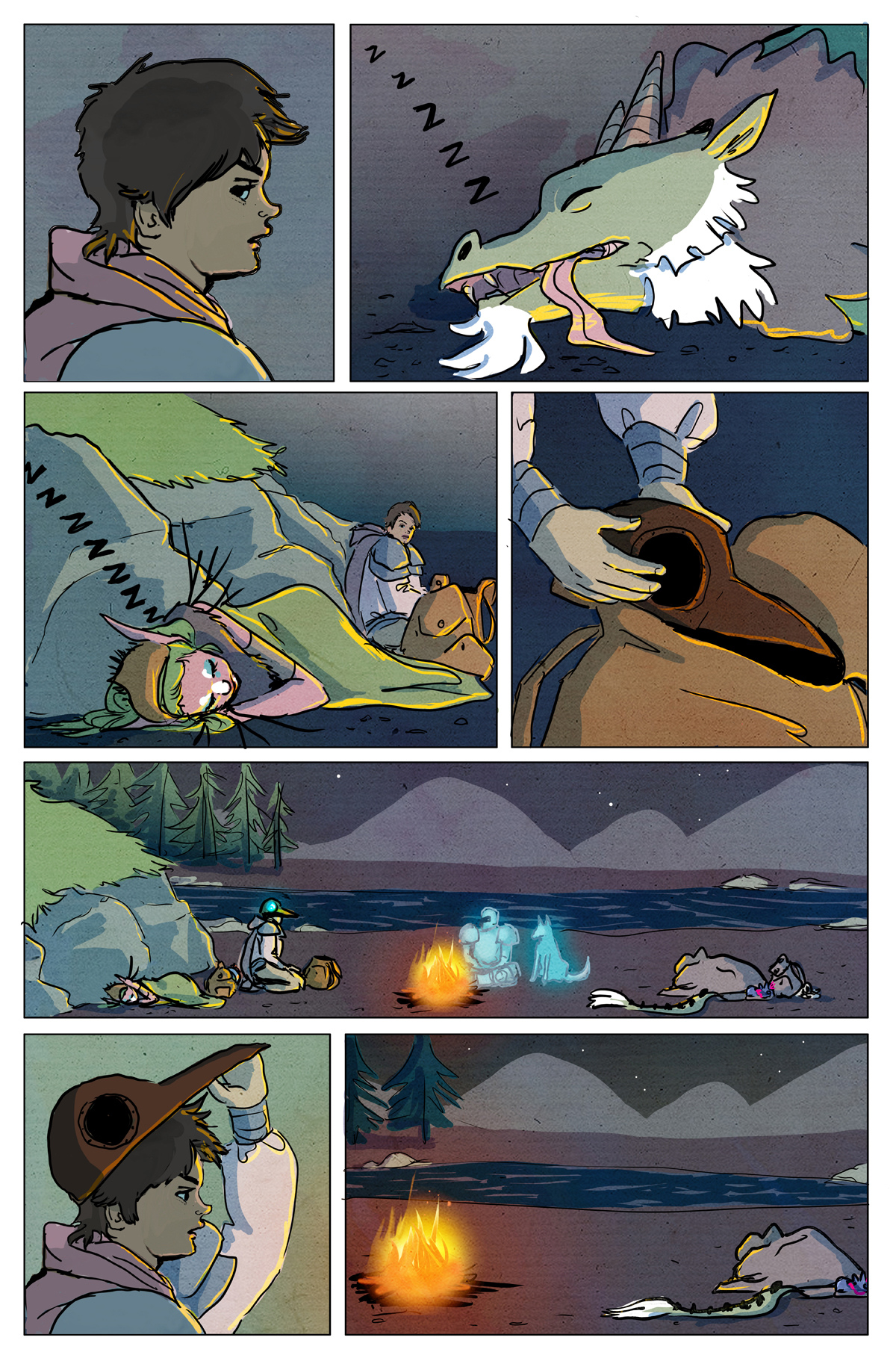 Those ghosts are still tagging along, no surprise. Isaac’s got to get himself some sleep. I really love these campfire scenes, especially at night.

maice 20th Jan 2023, 8:43 AM
It's hard work being a necromancer dragon wizard, and even harder when you have to deal with Isaac on top of it.

I'm glad you like the campfire scene, I was worried it was dragging on for too long!

Starsent 16th Jan 2023, 6:56 PM
oooh, I had forgotten about his freaky spirit seeing mask. I wonder when that secret will be revealed to the others. I love how the eyes on the mask glow like the spirits when he's looking through it.

maice 20th Jan 2023, 8:42 AM
It doesn't seem like it was too long ago since we saw it last, and yet, it feels like forever ago. I can't really comment on when the others will find out about it, but I can say... it won't be for a very long time. haha.

I mean you'll definitely have forgotten about it all over again by then.

And I seriously love their expressions!! It's hard for me to put it into words, but I love how this page has that silent, kinda lonely/somber, self-reflective atmosphere to it.

maice 20th Jan 2023, 8:40 AM
Thank you! I think that is the kind of atmosphere I was going for. I like silent pages sometimes. And self-reflective pages.

I love that Isaac can use the raven mask. B/c he is, with complete confidence, a raven. Of course! :3

I'm kinda curious why Isaac waits until he's (at least relatively) alone to do this, since the others already know he can see the soldier's and dog's spirits with the mask. But I guess they don't know their party is being haunted, and maybe that's the conversation he wants to avoid

You know, that is a good question. I think it's kind of an intimate thing for him. I mean he is the only one who can see them anyway, and it is him more than anyone they are following and asking for help (after all they were in his room at the inn and not Ghostfoot's).

But to be totally transparent, I think it's just leftover from when the comic was still young. I didn't intend Isaac to tell the others about the ghosts originally, so all subsequent thoughts about it were with him seeing them privately, and that's just how I've pictured it for all the rest of the scenes involving them.

But I mean yeah, who wants to walk around with a mask on, narrating the movements of the ghosts around you anyways, right?? Maybe even he is not fully ready to deal with ghosts yet, they're kinda scary, so he just takes little peeks now and then when nobody is watching!